A walk through the House of Parliament

A walk through the House of Parliament

Seven hundred thousand visitors see the House of Parliament annually. The building is open nearly every day of the year for visits led by trained guides who speak numerous languages. After purchasing their tickets, groups depart from the Visitor Centre to take a tour of approximately 50 minutes through the most beautiful rooms in the building.

The City Side Staircase XVII 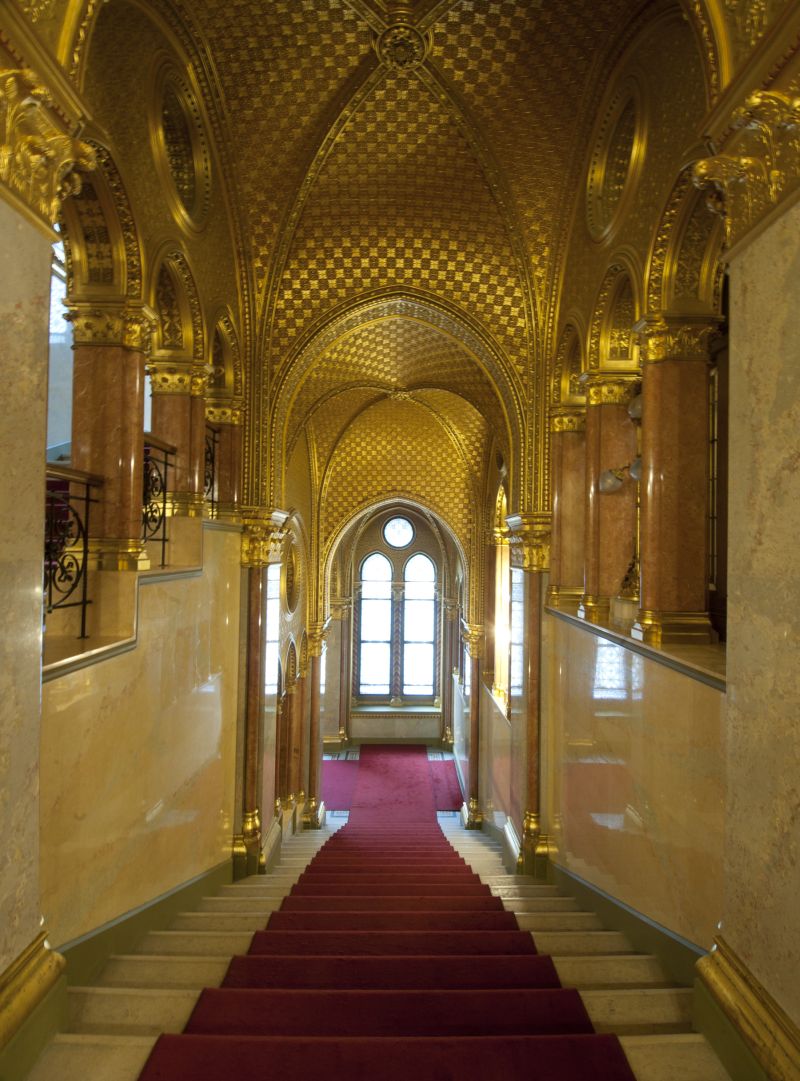 Of the twenty-eight staircases in the House of Parliament, the tour begins with a climb up the decorative, gold-plated City Side Staircase XVII to the most spectacular floor of the building, the main floor. Framed by statues, stained glass windows and rich, decorative frescoes, this urban corridor offers a lovely view of the recently renovated Kossuth Square, the Main Square of the Nation.

The Chamber of Peers

Afterwards, visitors can marvel at the hall of the former Chamber of Peers and now hosts conferences and meetings. The Hall boasts panels made of Slavonian oak, gold-plated decorations, excellent acoustics and a gallery of several floors. The seats have been arranged in a horseshoe shape. A huge oak podium with space for the Speaker and the Member speaking emerges at the heels. Paintings of the coats of arms of Hungary's royal families can be seen on the main wall behind the podium, with murals depicting the historical role of the nobility on both sides. The splendid composition of tables and benches with seating for 453 Members is arranged in seven neat rows, stunning in magnificent brown, green and red.

The Lounge of the Chamber of Peers 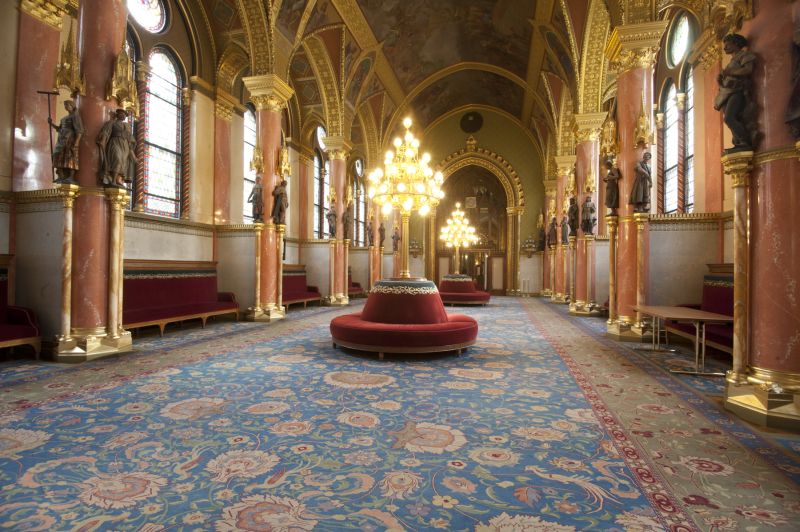 Having left the Chamber of Peers, we enter the Lounge of the Chamber of Peers. The pyrogranite sculptures made of a special material considered to be an innovation in its day in the Zsolnay works in Pécs preserve the memory of old Hungarian national groups and crafts. The crowning jewel of the room is the largest hand-knotted carpet in Europe, resplendent in turquoise beneath one's feet. 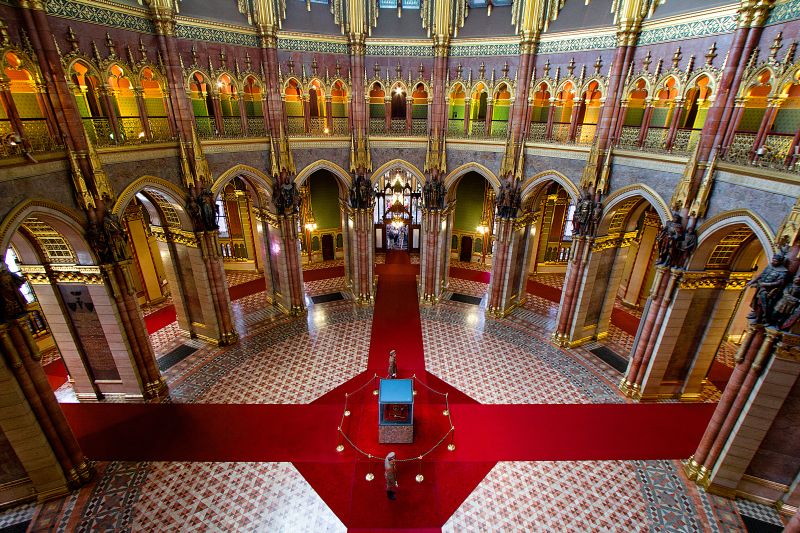 From here we proceed to the geometric centre of the House of Parliament and the symbolic centre of Hungary, the Dome Hall. This is where the Hungarian Holy Crown and the Coronation Insignia, among the oldest coronation regalia in Europe, have been kept since 1 January 2000 and where they are protected 24 hours a day by the Crown Guard of the Hungarian Armed Forces. The Dome Hall, which is almost 27 metres tall, is complemented by an ambulatory at the lowest level. This is linked to a splendid, sixteen-rib vaulted ceiling with colourful stained glass windows interspersed between the ribs. At the base of the rib-like pillars, statues of Hungarian rulers occupy golden pedestals accompanied by their pages under canopies of gold. 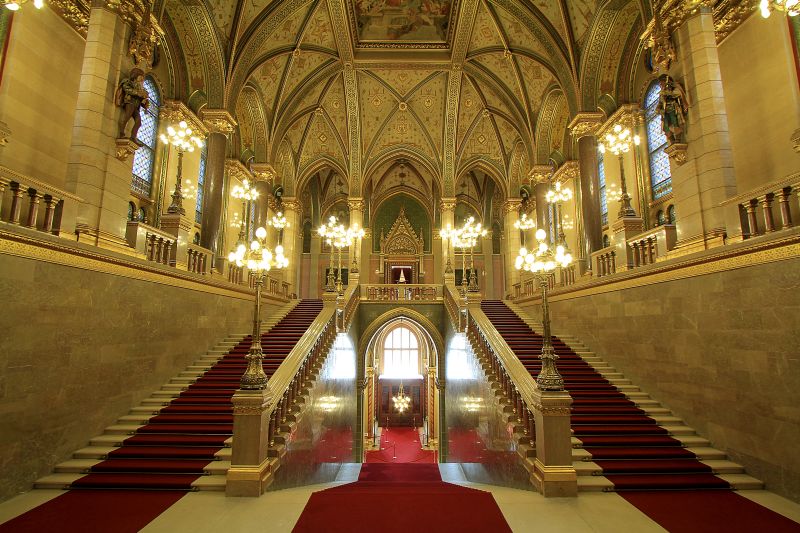 A tour of the House of Parliament closes with a visit to the other pearl of the building, the Grand Stairway. The 96 stairs that dominate the space covered with red carpeting leads from the main entrance to the Dome Hall. Two large frescoes and one small one made by master painter Károly Lotz adorn the ceiling of the main stairway. However, the jewel in the crown is a collection of eight, four-tonne granite columns, of a type of which only 12 can be found in the entire world. The decorative stained glass windows that frame the space on both sides represent outstanding works of art from the workshop of Miksa Róth.

The House of Parliament has been home to Hungary's representative National Assembly, the nation's legislature, for over a hundred years. This colossal edifice, having witnessed not only happy and elevating moments, but also a century of stormy and tragic events, presents itself to the visitor in its full splendour.