The reconstruction of Kossuth Square – the Steindl Imre Programme (SIP)

The reconstruction of Kossuth Square – the Steindl Imre Programme (SIP)

In 2011, in Parliamentary Resolution 61/2011 (13 July 2011), the National Assembly decided to reconstruct Kossuth Square in front of the House of Parliament. The reconstruction of the square between 2012 and 2014 has resulted in the modernisation of an area of nearly seven and a half hectares as well as providing new functions for it.

The entire surface of t 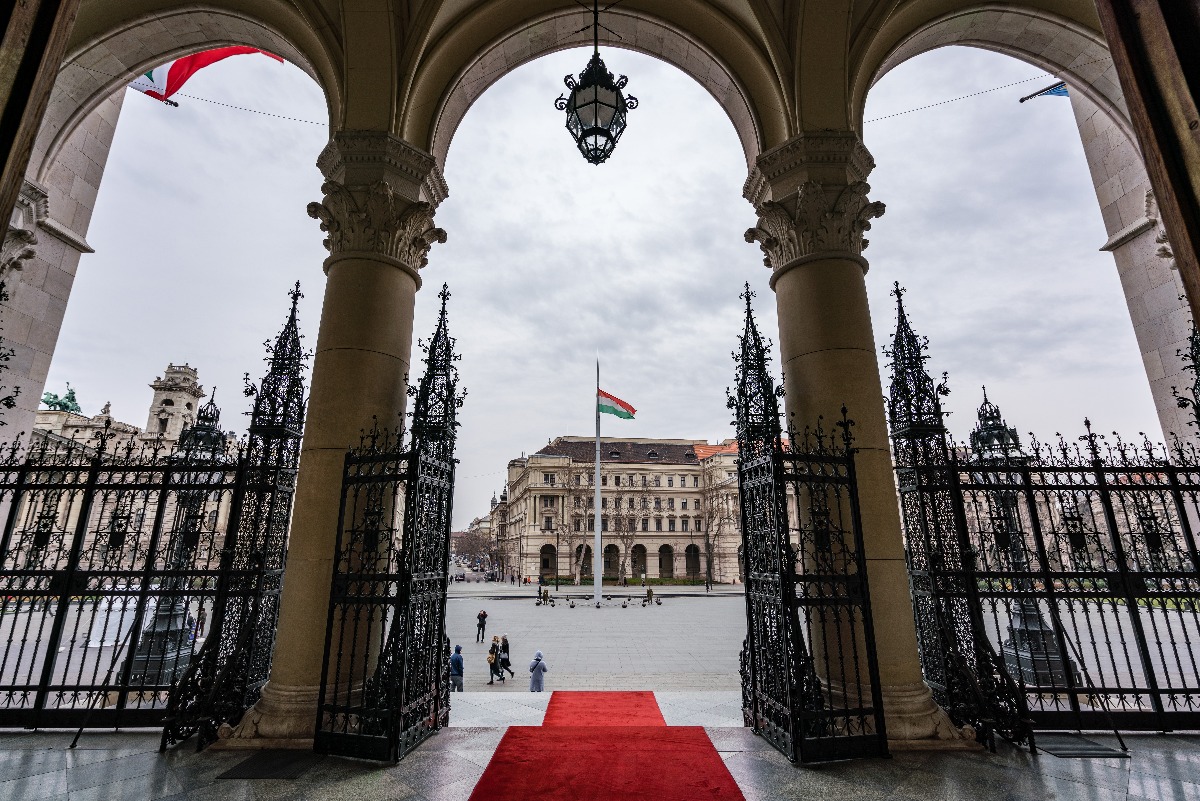 he square has been modernised in a process that has seen the disappearance of the asphalt blacktop and its replacement with natural stone and a uniform style of street furnishings. The square has essentially become a no-traffic zone, and pedestrians and cyclists can now enjoy a space twice as big as before. The tracks for tram no. 2 here have also been completely upgraded.

A rational and sustainable park structure has been developed on the square. A total of 11,800 sq m of a green space of over 23,000 sq m is covered with lawn. The square is enclosed by a pool of water on the Alkotmány Street side, behind which the 28-sq-m-large national flag can be seen waving at a height of 33m.The riverbank has also been repaved and improved with traffic lights and pedestrian crossings.

A three-level underground garage has been built in the section of the square north of the House of Parliament to provide parking for Members and employees of the National Assembly. An underground visitor centre has also been constructed to serve an average of half a million visitors to the House of Parliament annually. The exhibition at the Museum of the National Assembly on parliamentarism and the history of Hungarian parliaments and diets can be accessed at this point; and one can also enter the building through underground corridors from here. 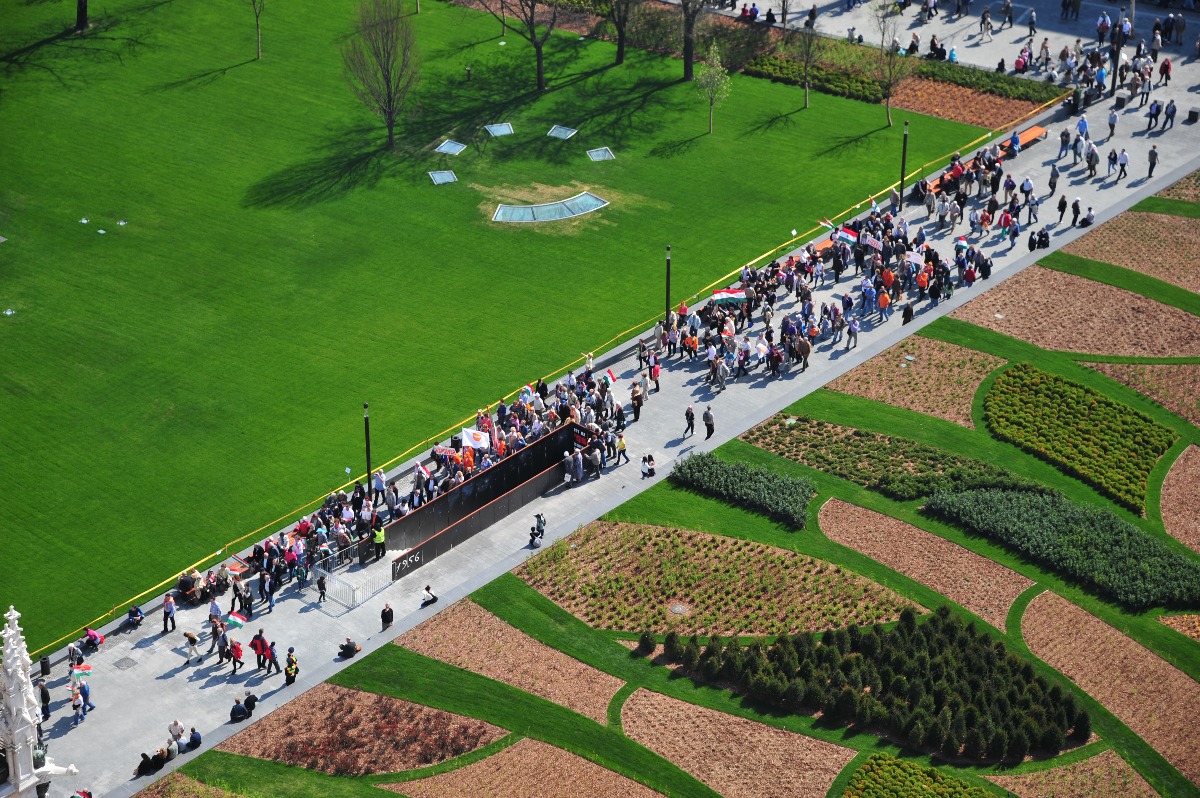 Courtyard XV of the House of Parliament. A series of exhibition spaces has been developed in the building's former ventilation tunnels that run under the square. A commemorative space for victims who faced a fusillade of bullets on 25 October 1956 during the Hungarian Revolution will be created in the southern ventilation tunnel, while a lapidarium that will display stones tied to the House of Parliament is to be placed in the northern one.

The artistic face of the square prior to 1944 has also been restored. A statue of national hero Ferenc Rákóczi II has been returned, and three, monumental statues have been re-created that had once stood on the square prior to World War II but had been removed after 1945.

Sculpted by László Marton and entitled "By the Danube", a statue of poet Attila József – which had once stood in the place of the old and now newly remade statue of Andrássy between 1980 and 2013 – has been located in a spot which is more fitting to the lines of the poem that inspired the sculptor: the edge of the renovated riverbank in the southern part of the square.

As part of the SIP programme, the façade of the Eclectic-style building at 4 Kossuth Square, the 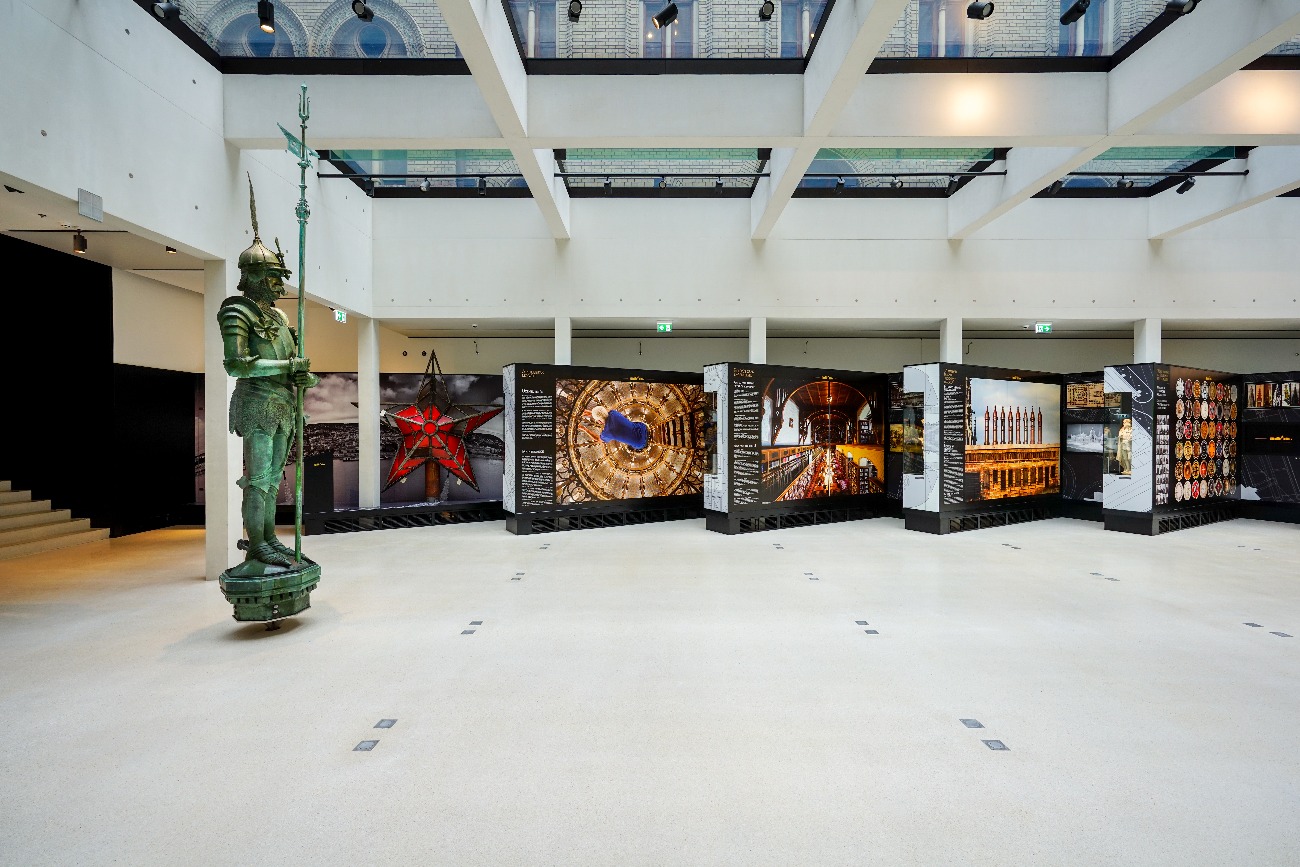 Ministry of Justice, has also been renovated. The façade of the building known familiarly as the MTESZ building (since it is the headquarters of the Federation of Technical and Scientific Societies, or MTESZ in Hungarian), which was constructed in the 1970s and stands above the exit for the underground station, will likewise be tailored to match the style of the square in the near future.

The building that once housed the Curia, or supreme court, which now functions as the Museum of Ethnography, also stands in the square. According to plans, the building will regain its original function as the highest court in the land by the end of the decade. The original organising principle of the square will thus be restored with all three branches of power represented in Kossuth Square – the legislative, executive and judiciary – through the buildings of the House of Parliament, the Ministry of Agriculture – as well as the Ministry of Justice now – and, finally, the Curia.