Greetings of the Chairman 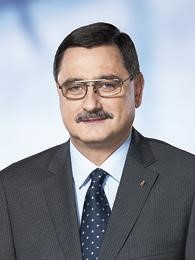 I welcome you on the website of Committee on European Affairs (hereinafter the Committee), which was established in 1992 as a first of such committee in Central and Eastern Europe. More than 25 years ago, I had the opportunity to initiate the creation of a committee dealing with European Affairs. Its role and tasks changed parallel with the developments of the integration process. The activity of the Committee can be divided in two main periods: till the accession of Hungary to the EU on 1 May 2004 and then from the EU membership till nowadays.
The activity of the Committee operating as a standing committee since 1994 was characterized by the so-called approximation of laws and control of the domestic preparations to the EU-membership. In the same year, the parliamentary association committee (joint-committee) was set up under the auspices of the Association Agreement with the participation of the Committee and the delegation of the European Parliament. Prior to the EU membership, the most challenging period was the monitoring of accession negotiations between 1998 and 2002. Later on the most important task of the Committee was to define the regulations on the role of the Hungarian National Assembly in Union affairs, in particular the drafting of the Act on the cooperation of the Government and the Hungarian National Assembly in European affairs. Based on the authorisation of the Act XXXVI of 2012 on the National Assembly, the Committee is vested with decision-making power. In the framework of the scrutiny procedure the standpoint with regard to the negotiation position represented by the Government in EU institutions is scrutinized and elaborated by the Committee on behalf of the Hungarian National Assembly.
The Hungarian EU Presidency and its parliamentary dimension of the first semester of 2011 was an event of historical importance in the EU membership of Hungary. The Committee contributed actively to the results of the parliamentary dimension of the Hungarian EU Presidency by organizing and hosting the Conferences of Parliamentary Committees for Union Affairs of Parliaments of the European Union (COSAC) both at chair and plenary levels.
The role of the national Parliaments in EU affairs was strengthened by the Treaty of Lisbon. New opportunities were established, in particular concerning the examination of EU draft legislative acts from the viewpoint of the application of the principles of subsidiarity and proportionality. The procedures and practices have also been evolved in the Hungarian National Assembly ensuring the application of parliamentary powers provided by the Treaty. On the initiative of the Committee, so far six reasoned opinions have been adopted by the plenary. Political dialogue with the European Commission have also become a regular practice.
I am convinced that it is indispensable to strengthen the legitimacy of the decisions in the European politics and this entails a central role for national Parliaments. The Committee on European Affairs is committed to the improvement of the EU policy-making and to the representation of the national interests. For this reason it is essential to carry out an active parliamentary diplomacy and the strong cooperation with the Visegrád countries.
Our website provides detailed information on the history, competence and activity of the Committee on European Affairs. Enjoy your search on our pages!

Dr. Richárd Hörcsik
Chairman of the Committee on European Affairs

Our website uses cookies to ensure safe browsing and to provide the best user experience for our visitors.
More information